Get a quote Events Services Areas Fleet About Contact

Get an instant quote

To see the sights in the capital city, hire London stadium tours

Book your London Stadium tours with Investravel. After the success of the London Olympics in 2012, London has become more popular than ever. It is full of positive spirit and good cheer.  Investravel offer an excellent taxi, coach and minibus hire service to take you around the city.

The Olympic Games were held at a number of different venues around London. The paralympic cycling was in Kent, the sailing was in Dorset and the football matches across the country. All Rowing events, which traditionally offer the British some of their best medal hopes, took place west of London, in Windsor, and the mountain biking, which always promises to be a thrilling if muddy affair, in Essex.

Investravel won’t just take you to those locations, however; they also offer trips to all of the London venues, whether that’s Stratford’s state-of-the-art Olympic park or the nearby Excel centre where many of the indoor sports like table-tennis was hosted. Central London played host to cycling, beach volleyball and the marathon; Lord’s Cricket Ground swapped bats and balls for bows and arrows, and if you had seeked gymnastics, then you could have been heading to the large white construction on the South bank alternatively known as the Millennium Dome, the O2 Arena or the North Greenwich Arena.

But don’t head there on the heaving, sweaty public transport system or in your own petrol-guzzling cars now; let Investravel take you, or better still, you and a large group of your friends or family, all at once! With sizes varying from small taxis to enormous double-decker coaches, Investravel offer a massively diverse range of options for the sporting-minded among you to all these locations all throughout year. 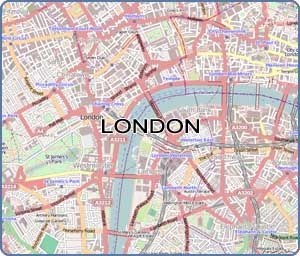 We were very pleased with the service we received. Our home is not easy to find but the driver had left plenty of time to follow our instructions when he phoned for help. He was very friendly and helpful. We will definitely use and recommend this company again especially for groups of 6 and above.
– Miriam, from bellsouth.net

My family were going out to Christmas dinner on Christmas Day. The price was fantastic to take 10 of us out including multiple pick up and drop offs. The driver Atif was extremely pleasant, prompt and accommodating. Highly recommend and will definitely use them again. Kind Regards, Stephanie International Business Manager.
– Stephanieat, at Day Pitney LLP

Stay up to date